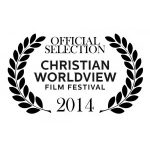 In His Steps has been  named an official selection at the 2014 Christian Worldview Film Festival! This film festival will be held March 13-15 at Castle Hills First Baptist Church in San Antonio, TX.  This marks the first film festival nod for In His Steps! Watch the trailer and other clips by clicking here. 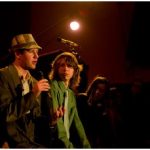 We had a great time at the Paonia Film Festival! Films ranged from the entertaining to the educational to the downright bizarre. It was interesting getting to see a glimpse of a nearby area of Colorado that I was unfamiliar with, and to interact with a whole new type of independent filmmaker. Let me tell […]

We’re excited to announce that Ragged Edge is an official selection at the Paonia Film Festival! The Paonia Film Festival features creative, original film projects set in or using the Western Colorado landscape to tell your story, or films produced by Western Colorado filmmakers. – From PaoniaFilmFestival.com Ragged Edge is one of two films in […]