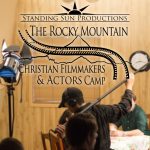 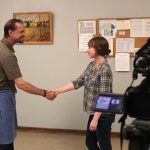 Standing Sun Productions is very excited to announce that we have begun post-production on a followup to our feature film In His Steps! This short film, entitled Felicia’s Pledge, is based on characters from the second half of the novel “In His Steps” by Charles M. Sheldon.  It tells the story of Felicia Sterling (played […]